Too many people, christians or not,
speak about the antichrist,
without truly knowing the Christ Itself.

An increasingly uncertain debate, feeded through the Internet, which however is the primary means that could save men keeping them aware –
as Jesus Christ himself predicted, and then used it from 1998;

#sensitive and #inspired #souls  those who can #receive me 
draw on #DIVINE #ASSISTANCE#Jesus #Christ's #voice, not only a #lecture:https://t.co/L1GMSriZzN pic.twitter.com/TkoF0pZd7A

although even this site's content, pointed out in comments to various posts dealing with the topic, continues to be constantly rejected. Well, all of this does not surprise me; I would indeed be, if this news became viral!
Do people prefer fake news to feed on every day?

All that C pronounces will take place! HE sees all as already happened…
But the salvation of your being and person is in your hands, or rather, in your thoughts. 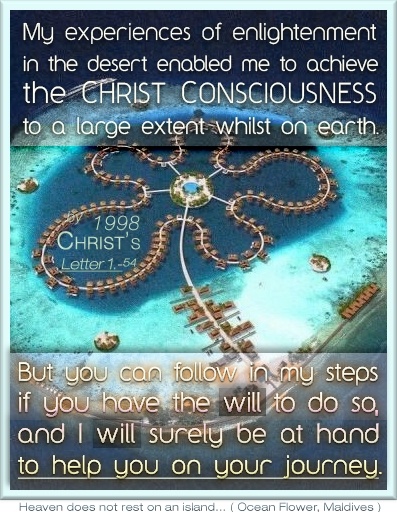 Christ explains it very well, if you read carefully His teaching, and become aware of His direct drive, which will not miss; just keep in mind that a single reading will not be enough, that is not simple literature.
These pages too were prepared right to help some people, good people, skillful people to get themself safe, when this ultimately will occur.

The Beast must be understood, not ignored, precisely in its ability to disguise itself, to dissimulate its methods and intent, until he/it becomes credible on the one hand and invisible on the other, since its ominous force is based on the deception of not existing. Send others ahead, sacrifice them publicly, their task exhausted.

We could talk for a long time – have we that time? – about information and counter-information, produced to increase disorientation; but by good fortune – at least for some­one – one thing cannot be erased, which is not religion or myth or an erratic belief:
it is what remains untreatable, which can never be challenged or denied:

The Book of Revelation 13:18, a Number and one Name that corresponds to it in the universal en­cod­ing; all was prescribed in an impeccable dic­ta­tion since 2000 years, to trigger itself in the only compatible historical moment, that is into the next few years, when all the parts emerge, to merge and compose in their only possible meaning.

It's like a CPU around which gravitates what is being prepared to the human history: that's why Christ warned us, foreseeing a technology that not even a hundred years ago would have been conceivable by ourselves.

It no longer matters who more or less officially declares it, nor who entangles it: certainly Obama is not the Anti-Christ: he neither has nor could have the requirements or the pow­ers. Unless we assume to compare his historical rank against the level of Christ's eternal Lead. The same goes for Mr. Bill Gates…

As to the pope, a pontifex shouldn't be enrolled to epitomize God on earth,
but to take charge of the Men's conscience toward the Heaven. So did Jesus,
as the Lord of lords and King of kings [Revelation 17:14]

the RFID argument is now an established historical fact, having more than its indelible roots, and not one of so many fakes! Microchips had already been implanted to thousands of people, including children, and of course inside the Vatican.

The synthesis is straightforward:

Evil entities with a partially superhuman power, rebellious to the Source Of Being (that we name GOD) want to overbear the Creative Con­scious­ness (CHRIST) through the materialism and the flesh abom­in­a­tion, there­­fore they plan to seize the fate of all men, submitting them with the im­po­si­tion of a physiologically implanted equipment, to fully condition free­dom (as also evokes gestures of adoration: right hand, forehead to bow).
Therefore, the very fact that its positioning cannot be officially ascertained, is what should worry us most, since how it was written, there will be a follow-up  then, when you will be forced to make a choice, ensure you're ready. Just start from one of the first campaigns in progress (markedly in Italy 2020-2021), an open and obvious strategy, which consists in reducing the use of cash more and more drastically. With offers of refunds, rewards and benefits, anyone who wishes to obtain them is induced to always and only use credit cards for their purchases and payments of any type and level.
A very smart move, if not obliged we might already infer, that pays us back with our own money, and it is able to reduce everyone inside the precinct of the first direct control, apparently only external, but one-way like that of a funnel, or to say it better of an irreversible path.

Once established the dependence from this process – which will take the public consciousness only when it will be late (as foreseen in other passages of the manual) – it will become easy to propose one even more integrated and controlled solution, the implantation of the microchip, from which to impose the ultimate submission.

Except to verify that this was explained without any possible doubt and from about seventy years at the pa­ge 14 of the  – Top Secret – In­tro­duc­tory Pro­gram[­m]i­ng Ma­nua­l
SILENT WEAPONS FOR QUIET WARS
OPERATIONS RESEARCH TECHNICAL MANUAL
TM-SW7905.1
This and so more, as per the manual, was planned and put in place more than half a century ago (1952); even if even today we are only discerning the first trammels, ready to trade everyone's freedom for a few coins in return.
A manual that – verbatim in 1979 marked the 25th anniversary of the Third World War, called 'Quiet War', being conducted using subjective bio­lo­gical warfare, fought with 'silent weapons'.
It is said that forewarned is forearmed i.e. "he who is forewarned is half saved"; but the other 'half' belongs to each subject. 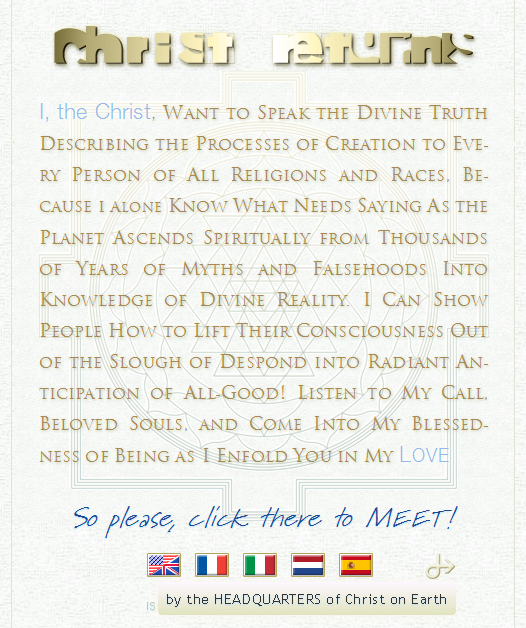